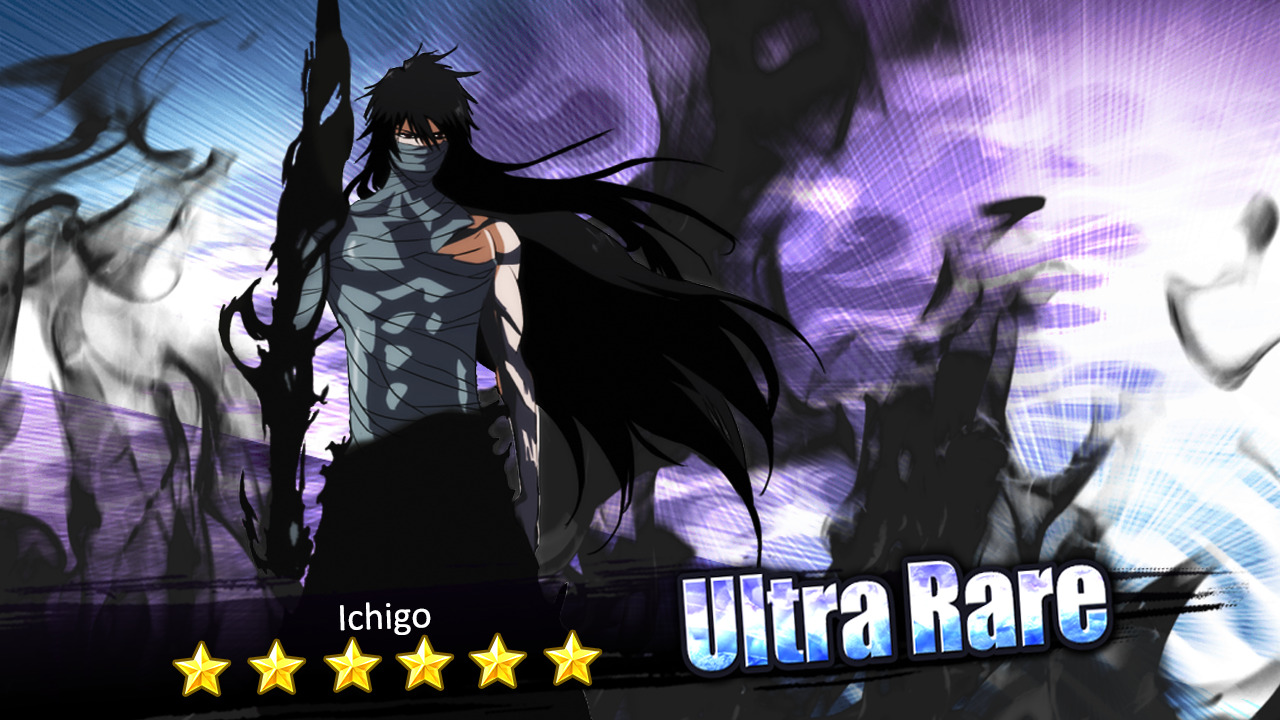 Bleach Brave Souls is an excellent game based on the expansive and famous universe of the acclaimed manga and anime series. Since the show has dozens of unique characters with their dedicated fan bases and the fact that the game is free-to-play naturally implies that the game follows a ‘hero’ format. And that implication is true as it not only features many unique heroes to unlock, they’re also separated by a star system that determines how powerful they will be.

So, with so many different characters available to choose from, it can be very time consuming to learn which ones are truly worth the effort. Especially since getting to 6 stars is no joke and takes a lot of time and effort. Luckily for you, we’re here to answer that question for you and talk about the best 6 star characters in Bleach Brave Souls! So, let’s get started.

The main character of the franchise being on number 1 is something that you’d expect to see in the anime/manga itself rather than the video game, but Bleach Brave Souls somehow manages to incorporate that idea. So, the best 6 star character in the game is Ichigo Kurosaki because he has a really good list of strong attacks, his frenzy is very useful, and his specials have a smaller cool-down window than some of the other high-damaging characters.

It can definitely come off as a surprise considering the fact that he’s not a flashy or seasonal character, but we highly recommend giving him a shot – especially if you have the opportunity to pick up a 6 star character to start off with.

The fifth anniversary has been an eventful time for the game but Kenpachi still stands out as one of the best characters that have been added to the game recently. He has very fun gameplay and is one of the highest-damaging characters in the game and his special is very great to use too.

What sets him apart is the fact that if you use his special, it resets his cool-down meter for smaller attacks which can be extremely helpful against bosses and hordes of enemies. And if used strategically, it’s a great tactic to be used against other players too.

Fusing with the Getsugatensho form has always been one of the coolest things that Ichigo has gone through in the Bleach series and it has given him immense power too – so it’s only natural that the video game incorporates this aspect too. Fortunately, he’s a very good character who has consistently remained very useful even after several balance patches and has 802 SP points which is pretty high.

He has great frenzy too like the other Ichigo and he also has weakness properties in some of his attacks which allows him to control enemies and crowds better than most others. He’s an all-rounder character that is most certainly more than meets the eye and it’s very useful to have a character this powerful in terms of progression.

Byakuya plays as well as he looks in this unique design since he has a diverse set of attacks that range from close-ranged to long-ranged and even full-screen attacks that cover everything that is around the player at a given time. His frenzy is pretty good and he also has properties of freezing his enemies so it’s always a great touch to have an extra elemental which you can use to incapacitate your enemies.

She has very good attacks that are useful for almost every type of gameplay situation that you can find yourself into, and her potion abilities allow her to go an extra mile in being a good pick for players who need those sorts of attributes in their pick.

One of the best things about her is undoubtedly the fact that she’s very good at crowd control even though she might not look like a tank character – but it’s one of the lessons that Bleach teaches us, which is to never judge someone based on their appearance as there can always be much more to them than just that. And her support capabilities are pretty good too due to the aforementioned abilities that she possesses.

Rukia is extremely good in the game and is often referred to as an all-rounder character due to just how many tools that she has. Not only is she extremely damaging as a character, there is great variation to how the player can approach to play as her. There is a beam attack that covers a circular section around her, there is a bigger attack that covers even more area, and lastly there is a full-screen attack as well which is absolutely great for crowd control.

She also has great frenzy and freezing capabilities which allows her to add even more damage to the mix since the slowed down enemies can be attacked again with less risk of being hit back – and it’s more useful than it might sound like. Not to mention the fact that her stamina is sitting at 1094 which is insanely high for any character in the game.

Right after Rukia Kuchiki, we have yet another Kuchiki who goes by the name of Koga. He has a great list of attacks that are all useful for different situations and one of the things that set him apart is that he is one of the characters that are on the flashier side. This means that his animations are nothing short of eye-candy and when something like that is combined with genuinely good gameplay, it’s certainly a major selling-point for the character.

His attacks range from smaller ranged attacks which are up-close and personal, while some of the other attacks cover a much larger radius which is excellent for crowd control. And all of this is further complemented by the fact that some of his attacks include freeze properties – so that means he can deal even more damage to his enemies thanks to this ability.

A bit of a change from the other characters on the list who are mostly brutes – Nelliel keeps the high-damage that some of the other characters have but is known for her speed which is listed as an attribute for her everywhere due to how efficient she is with it. Couple that with 1094 stamina and a solid 623 attack power and you have a pretty good character.

Her special moves are pretty useful and her recharge time is quite decent too compared to some of the other characters. And on top of everything, she inflicts freeze properties to the enemies so you’ll have an added advantage for crowd control.

That’s a wrap on our list for the best 6 star characters in Bleach Brave Souls! We hope you found the perfect pick which is best suited for your playstyle. Keep in mind that future patches and character inclusions might change this list – but these characters are the best of the best at the given time.