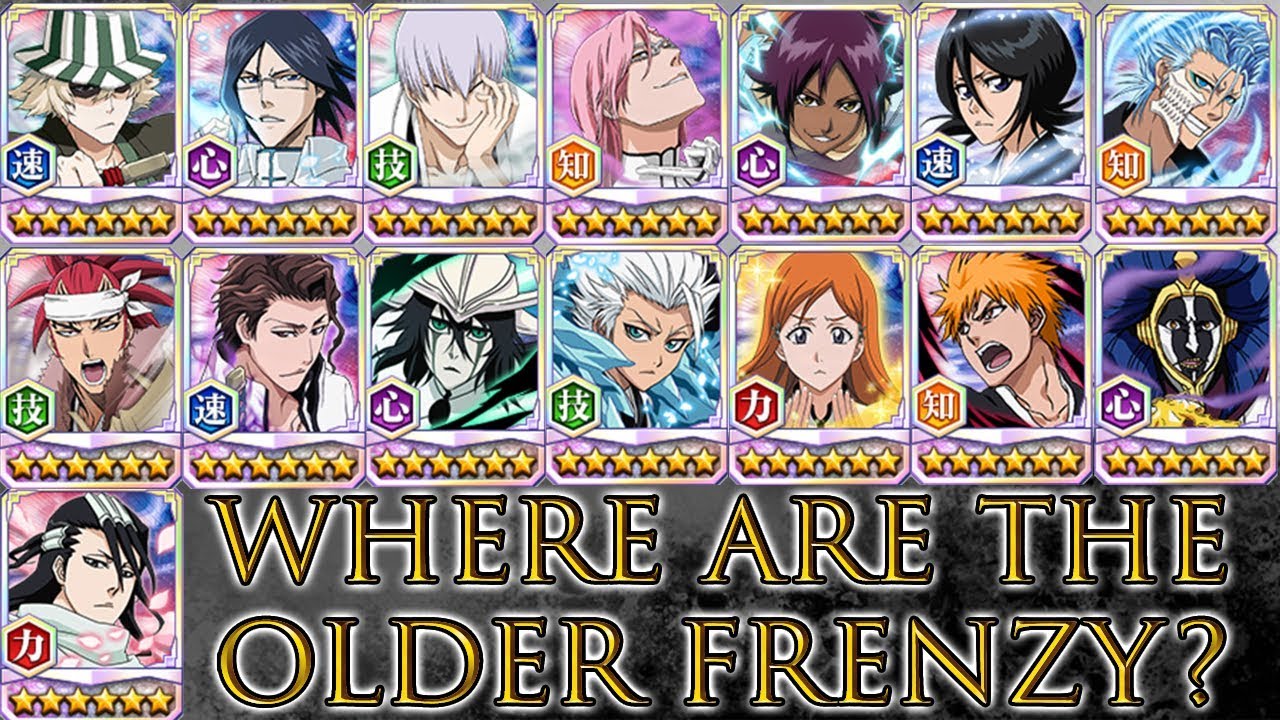 Frenzy is undoubtedly one of the most important skills in Bleach Brave Souls. Of course, not every character uses it and it is not an essential part of every player’s playstyle – it’s still an important aspect to the game and is present as a skill for almost every high-tier character. Since so many characters do have this skill it becomes quite difficult to know which characters are truly worth your time and effort since taking characters to their highest potential in this game can take a while.

That’s why we’ve created a list of the best frenzy characters that you can play as in BLEACH Brave Souls so that you won’t have to spend time looking into every character by yourself. So, with great wisdom and lots of gameplay experience – let’s get started!

This is quite a specific version of the fan-favorite Yoruichi character, but it’s completely worth it if you manage to get your hands on her. It features a stamina of 972 and a whopping attack power of 668. The icing on the cake, however, is that she has a dodge rate of +11, a strong attack damage boost of +16%, and the special move of hers can increase every single ability of hers for a limited amount of time.

Couple all of this with a long list of skills that includes Frenzy and a total level cap of 200 – and we have a powerhouse of a character.

The Sajin Komamura is an absolute powerhouse and it becomes obvious as soon as you look at the fact not only is his 1058 stamina prowess intact – he also has an abnormally high attack strength of 713 points. Not only that, but his attacks can paralyze opponents very easily and that, of course, allows for even more damage to be dealt as a result.

While frenzy does help this character, its ability to paralyze enemies and have a great amount of damage points in general greatly sets it apart from its competition in the frenzy-related characters of BLEACH Brave Souls. It’s not its most valued skill but it sure makes things vastly better for the player – and worse for the opponent.

Byakuya is an absolute powerhouse and the Tag Team version only highlights this even further. Sitting at a max level of 200 and 698 attack power, it becomes very obvious that the character isn’t here to play around. What’s further interesting is the fact that unlike some of the other characters who have unique properties to their attack – Byakuya doesn’t.

But what still gets it a spot this high up on the list is the fact it makes up for the lack of versatility by offering an endless list of offensive capabilities. Such as faster cooldowns for attacks, strong attack damage that boosts by +16%, two killers which are Arrancar and Espada, and he has some long-ranged attacks that can cover a lot of ground too thanks to +20% havoc.

Ichigo is literally the star of the show – so it’s only natural that the developers decided to give some versions of him a lot of powers too. My personal favorite is the technique-based Ichigo who learned greatly from his experiences and offers a gameplay style that feels a little personal for fans of the show. At level 200, you get 692 attack points and 1030 stamina – which both combine into a very all-rounder type of character.

His cooldown is a bit shorter than most other characters who can deal as much damage as he can and there’s a +20% attack damage boost in some of his moves which allow for a smooth experience. One of his attacks also has a weakness property to it, so you can further use that to bring destruction to your opponents.

And last but not least, this form is based on the time when Ichigo fight Ginjo by combining the powers of his Fullbring and Soul Reaper abilities – which is one of the coolest moments in the series that fans absolutely can’t get enough of!

If there’s anything that the majority of the lists for the various sections of the games will have in common is that you will very likely find Tier Halibel on it – that too pretty high up on the numbers. The developers surely favor this character considering the fact she has a very quick cooldown rate, 1007 stamina and 684 attack points. Her attacks are great at both short and long-range which allows her to be very helpful in both solo and co-operative plays.

Her special move covers a lot of area too and keeps her safe for as long as it goes – and the whole animation with the high-pressure of water inflicting damage upon every enemy in its way is pretty cool to watch in general too. She’s kind of an all-rounder character that is a bit on the brute side, and that makes her pretty useful in this game.

Rukia Kuchiki may sound a bit weaker than the other characters on the list since her stamina is at 943 and her attack points are at 593 – but there’s more than meets the eye here. Her cooldown for most attacks is pretty quick, and her attacks have freezing properties which can last up to -55% in duration.

Couple those details with the fact that she’s excellent with both short and long-ranged fighting and generally has good capabilities of crowd-control since she’s pretty decent with speed as well among other things – and you have a very good character that is extremely deserving of the number 6 spot.

The developers are surely kind to Rukia Kuchiki as she ranks high in several other aspects of the game too – and it’s all good news for the player at the end of the day as they can use the same character in different modes of the game.

And that completes our Bleach Brave Souls best frenzy characters list! We hope that you can get your hands on one of these characters and enjoy their potential to the fullest. Do keep in mind that most of these lists are occasionally changed because of the game receiving constant updates and some new characters every once in a while.

But right now, all of this is accurate and you’ll greatly appreciate having any of these 6 characters.