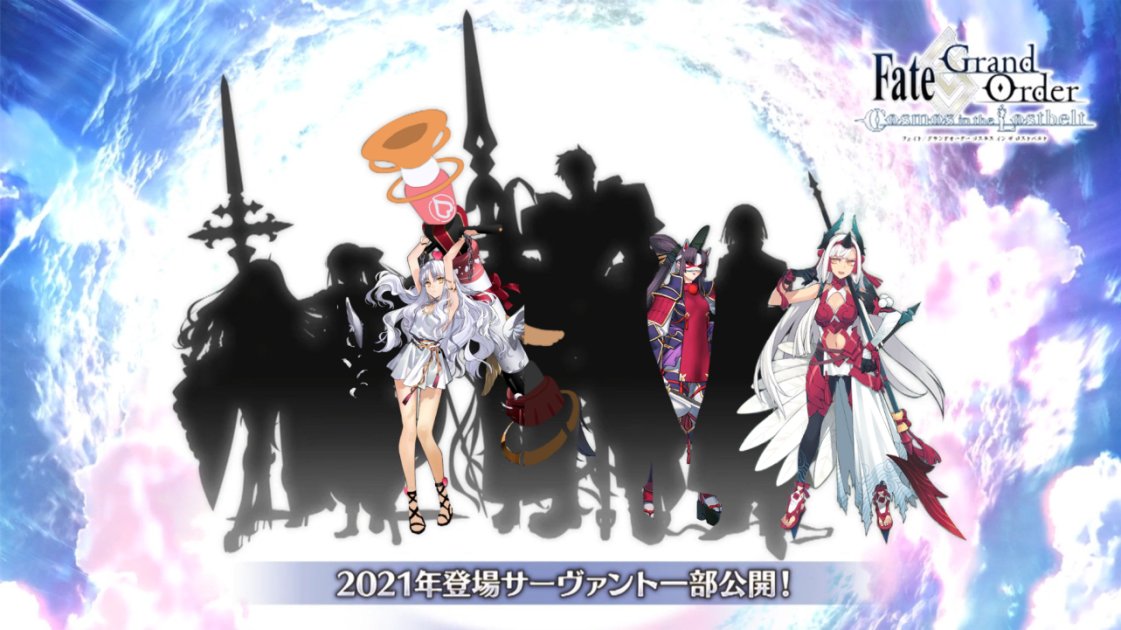 Fate Grand Order (FGO) is a free-to-play Japanese mobile game that allows players to assemble a dream team of six characters by choosing them from the given options and engage in a battle against their arch-rivals to defeat them once and for all. You are given the task to protect humanity from greater threats and the fate of mankind is in your hands.

Sadly human history has already disappeared from the face of the earth and it is your sole responsibility to solve the mystery of the disappearance of history as you progress through the storyline. You will unlock new characters by defeating enemies and use them in your next battle to give your best performance on the battlefield.

Fate Grand Order is based on a famous anime series called fate/stay Night and it has been in the news ever since its release all thanks to the unique strategies of the game. Each character has different skills and your job is to create a team of characters with skills based on the skills of enemies you are going to face in your next battle.

All the characters in Fate Grand Order are also known as servants and they are divided into 6 different categories according to their skills. Each category of servant has several classes down the line to help players in summoning a monster hunter in their team to finish off a battle with good results. Here is the tier list of servants with details about skills and power enhancements.

This tier has all the top-class heroes of the entire game and no other tier has heroes with such attacking and defending abilities. You are lucky if you have already summoned a servant from this tier as they are extremely rare. When building your dream team, try to add as many servants as you can from this tier as they will dominate the battlefield for you. Below are the tier S heroes that you can summon.

As compared to tier S heroes, tier A heroes are not strong enough. But over time they have also proved their worthiness by putting up exceptional performance on the battlefield. Most heroes in this tier are among the best-ranking heroes in the entire game. Here is the list of all the Tier A heroes.

If the battle is not too difficult and enemy heroes are low level, going with Tier B heroes can get the job done for you as well. Your consistency in the game will benefit you when it comes to summoning heroes from this tier and they are more easily summoned than both Tier S and Tier A heroes. Here is the list of some of the best Tier B heroes that you can summon.

You may be interested in: Fate Grand Order: Reroll Guide

Tier C heroes fall in the category of average heroes in terms of their abilities and experts recommend that you choose heroes from higher tiers to win a difficult battle. Their support skills make them the ultimate choice of games with critical strength buffs and most Tier C heroes boost up the recharge speed of abilities of other team members.

Although you can add Tier D heroes to your team you shouldn’t always rely on them as they don’t have enough skills to help you in winning a difficult battle. If you want to progress in the game at a great pace, don’t focus on these heroes at all and avoid them at all costs especially in the last stages of the game to finish your quest on a good note. Here is the list of some of the best Tier D heroes.

Here are some of the best heroes that you can summon to deal with enemies in difficult battles.

Miyamoto Musashi is the best saber in the entire game and she has the potential to deal high damage to enemies. When fighting against bosses, she will be your last line of defense and chances are that she will succeed in that.

You may be interested in: Fate Grand Order: Camelot Guide

Gilgamesh is the best archer in Fate Grand Order due to the well-known skill named Buster Brave chains. It can shower a rain of infinite arrows and swords on your enemies to clear a wave in a short period.

Scathach can attack a single enemy and deal high damage to that enemy making her the ultimate queen of critical damage in the battle. She will be your boss in a lot of battles but her only weakness is archer-type enemies.

For a whole wave, Francis Drake can deal a lot of damage and clear as many waves as you want in a single hit. He can fulfill all your farming needs with some of the best buff cards in the entire game.

To turn a boss fight into a simple battle, Zhuge Liang can do the job for you with the help of all the much-needed buffs and debuffs.

Jack the Ripper is the best assassin in the game and you can buff all the abilities using a critical.

Minamoto No Raikou is a great choice for boss fights and wave clearance making her the best berserker.