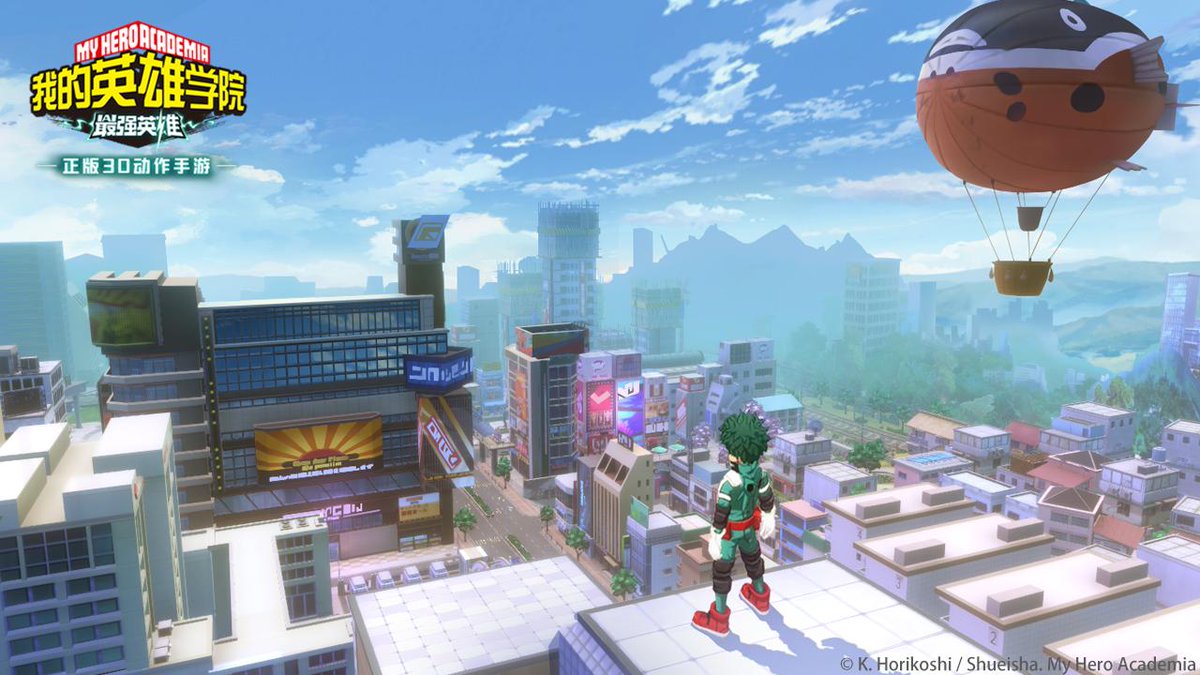 As mentioned earlier, My Hero Academia: The Strongest Hero is a gacha game featuring team-building aspects in the gameplay. Many popular heroes from the Anime franchise My Hero Academia including Izuku Midoriya, All Might, Denki Kaminari, Ochako Uraraka, and Momo Yaoyorozu are featured in the game. Each hero has four different skills, featuring passive ability as well. Also, heroes come in different rarities. Heroes are upgradable and the rarity of heroes starts from Rank B to Rank S, each hero can be upgraded to a maximum of SSS+ rank by using the specific hero’s shards/fragments found in the game.

In the game, a player has to build a team of three heroes to fight in both PvP or PvE modes.

The gameplay mechanics of My Hero Academia the Strongest Hero are simple to understand with fluid combat mechanics and amazing dodging skills. However, the battles are very hard to master as there are multiple combos to execute within a short period so, there’s much to focus on at a time. You will get an option to manually control the character or let them play themselves using the auto in-built feature. You have to make a team formation of three heroes that are sent to different areas of the map to battle against various deadly enemies.

The important thing about the gameplay is CP (Combat Power). Each hero has its Combat Power rating. Every PvE stage requires a certain CP rating which is required to complete the stage otherwise it will become very difficult for you to progress in the game.

Getting Familiar With The Objectives

As it is a gacha hero collector game, you have to summon using various banners to get your favorite and powerful heroes. Heroes are received as a reward as you make progress in the game.

You will see that heroes are divided into three different base rarities,

However, you can further upgrade any hero to SS and SSS+ ratings. It depends on how many shards of that hero you have as you need them to upgrade the hero. Shards of the heroes can be obtained through summoning, winning co-op events, and daily log-in bonuses. It increases the rarity of the hero which automatically makes them stronger and increases your chance of winning the battles.

Getting Stronger and Increasing CP

The main objective of the game is to upgrade your heroes to increase their skills and damage numbers. As discussed above, the overall strength of a hero is measured by a single number known as Combat Power. To win battles, you need to upgrade the hero’s CP to improve their overall combat stats. The Combat Power is a good measure of how strong the hero is. CP can be increased in many ways in the game. Some of the main ones are mentioned below,

There are three main currencies used in My Hero Academia: The Strongest Hero mentioned as below,

The primary currency of the game is Money that can be obtained in abundance and can be used to buy many usable items from the store. Money can also be used to upgrade gear, upgrade heroes, increase the rarity of heroes, increase heroes’ abilities and skills, purchase things in the market, etc. You can have more money but at the same time, you need it in abundance too especially when your heroes start getting stronger. To level them up, you will need a bundle of money.

It is recommended to upgrade one hero at a time otherwise it could put a serious load on your Money and you might face issues later in the game.

Stamina is the next currency. It is the main currency that is used in the game in most of the PvE gameplay modes. Skip tickets can be used to skip certain gameplays that you found difficult, however, they are limited but using those tickets will still cost you a huge amount of stamina. There’s no doubt it will save a lot of time. However, it is recommended that buying as much Stamina refreshes through spending some Hero Coins.

The premium currency of the game is Hero Coins that are used for summoning, buying daily packs, refreshing Stamina, etc. You can earn Hero Coins by various events, winning co-op arena, completing achievements, and playing the story missions. It is recommended that you save the Hero Coins for refreshing stamina to complete events or buying event tickets.

Getting Familiar With The Game Modes

PVP is a type of interactive multiplayer conflict in a game between people. This is in contrast to games in which players compete against computer opponents or players known as player versus environment (PvE). These names are most widely used in video games that include both activities, such as MMORPGs, MUDs, and other role-playing games. PvP is a term that can be applied to any game or feature of a game in which players compete against one another.

The same is the case with the PVP mode of My Hero Academia Strongest Hero. You fight with other players in the game. For this mode, you have to choose the superhero very intelligently. Some specific PvP characters can be used in The Strongest Hero PVP mode, and which should typically be used whenever fighting against another player in a real-time PvP battle.

During a PvP battle, several elite heroes excel at closing the space between you and the enemy. Aizawa excels at drawing an opponent into his range and spamming his attacks, making him difficult to defeat. All Might excels in charging toward an opponent and closing the distance in a matter of seconds. Apart from these characters, various other characters are useful for these kinds of battles.

PvE (Player vs. Environment) is a phrase that refers to fighting computer-controlled enemies in single and online games, including MMORPGs, CORPGs, MUDs, other online RPGs, and survival games, as opposed to PvP (Player vs. Player). Much of it can be linked to combating the elements, regulating hunger and thirst, learning to adapt to the environment, and research in survival games.

PvE can usually be played alone, with human or AI companions. PvE mode might have a storyline that unfolds as the player completes quests. It could also include missions that you can accomplish in any sequence.

Some PvE characters can be used in The Strongest Hero PvE mode. These do vary from PvP battle, but it’s not as complicated, and so long as your characters are leveled up high enough, they should be fine to use in most situations. When it comes to PvE, the goal is to deal as much damage as possible. You shouldn’t have to worry about the AI overplaying because you can easily dodge most of their strikes. For the majority of the tasks and activities in The Strongest Hero, the more damage you can deal with numerous opponents at once, the better.