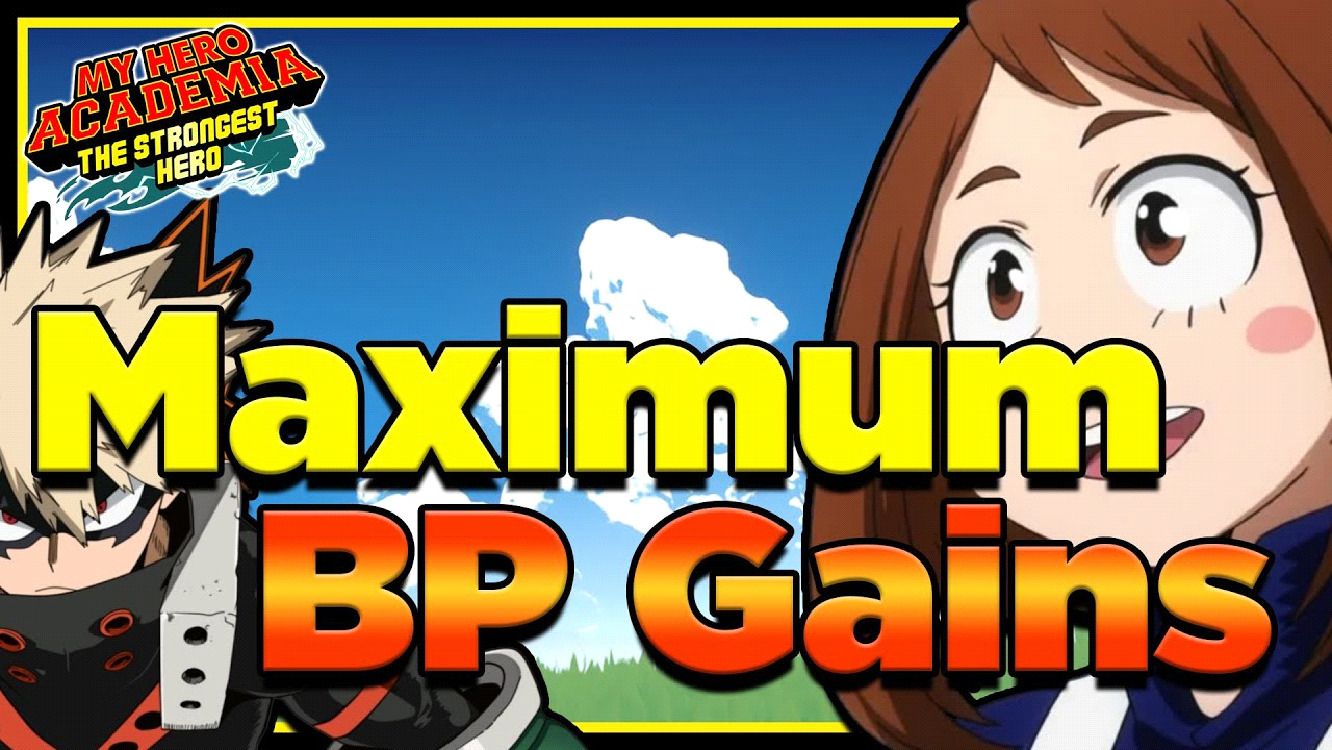 My Hero Academia The Strongest Hero is a game meant for both action and anime enthusiasts. Based on the popular anime My Hero Academia, the game is set in the city of Honei whereby heroes have sworn to protect the city and its inhabitants from the malicious schemes of the evildoers.

Heroes patrol around the Honei city and constantly keep a watch for malicious people and their cunning schemes. The primary role of heroes is to defeat all these villains and their schemes while maintaining the law and order of Honei city.

It is a game packed with thriller and adventure for every player and is bound to give you an intense adrenaline rush. The more one tends to play MHA, the more they crave for the game. With scenes straight outta anime, it is also a treat for all anime lovers particularly the fans of MHA anime.

What is Battle Power or BP in My Hero Academia: the Strongest Hero

My Hero Academia: The Strongest Hero is a game that wholly and solely relies on the power of heroes who have been entrusted with the task of protecting Honei city. Powering through the game requires an increased dependence on the strength of heroes who use their powers to defeat villains and evildoers.

Battle Power or BP in My Hero Academia: The Strongest Hero is a measure of the strength of the hero. Heroes with better BP indicate superiority in terms of strength. Better BP means that the hero is better equipped with the skills and strength to defeat their enemies and emerge victorious.

How to Increase Battle Power (BP) in MHA: TSH?

Some of the ways of increasing BP are as follows:

Every hero in MHA has a certain skill set. Upgrading as many skills as possible helps in boosting the overall BP of the hero. A certain amount of threshold needs to be reached to unlock these skills and once the threshold is reached, one can pay the amount of money required to access these upgraded skills.

This is a foolproof way to improve the BP of your characters.

The easiest way of increasing the combat stats and battle power of your characters is by training. Training involves supplying the heroes with abundant food which is available through main story farming.

Get as much food as you want for your characters and it not only helps level up but also get more BP.

Food items can aid only until the level cap is reached. Now after this one can use equipment such as weights and treadmill to advance the level of the players.

Training adequately ultimately means an increase in the BP of the characters.

Consuming hero shards boosts all aspects of a heroes strength in MHA including attack, defense and speed. The consumption of hero shards also increases the rarity of a character. Rarity is directly proportional to the BP of a character.

Factors can be acquired by purchasing from the battle shop or by completing the required set of quests.

It is ideal to move sequentially up the talent tree in order to boost the BP of your characters.

Chips are earned through Night Ops at the expense of stamina. Chips come in sets and the desired effect can only be achieved once the set of chips is completed. Once completed, the set of chips has the potential to increase BP manifolds.

The support cards are a rather easy way of boosting the BP of your characters. The ease of using support cards is enhanced by the recommendation segment whereby you can get guidance for using the right support card for your heroes.

Scrolling further down, you can also find the recommendations for pairing up support cards with 4-stars or higher. Using cards in combination tends to boost their efficacy and increases BP.

The support cards are either active or passive. Active supports are more often used in battles while passive ones are used to achieve desired effects. You can possess 2 active and 4 passive support cards.

Increasing a character or team’s BP are extremely important especially in case of PvE stages where a certain level of BP is required to successfully conclude a stage. My Hero Academia: The Strongest Hero is an extremely engaging and exciting game that allows you to incorporate customization and manage the stats of your characters.

Through the use of these tricks and tactics, one can make use of these ways and boost the BP of their characters as well as the strength and stats. In turn making the gaming experience absolutely worthy.