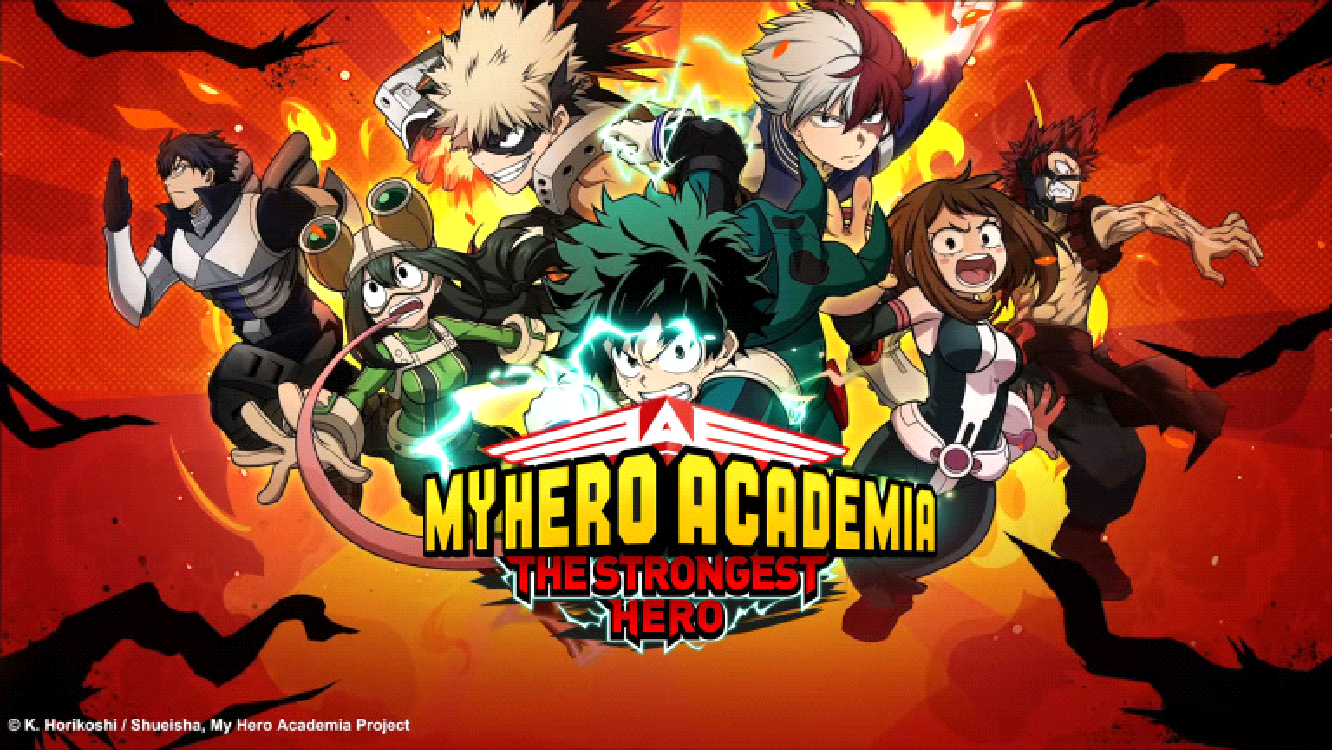 My Hero Academia The Strongest Hero is an anime-based, action packed game where heroes assume the duty of keeping the citizens safe from the evil schemes of villains. Day in and day out, packs of heroes fight villains in the streets of the Honei city to maintain peace and security. It is an absolutely thrilling game with plenty of new challenges and exciting circumstances to deal with on an everyday basis.

With scenes straight out of the anime and the same voice over as the anime, My Hero Academia: The Strongest Hero is truly a treat for all anime enthusiasts. Not just that, fans will also be able to recruit and play some of their favorite characters including All-Might and Endeavour. Sounds exciting, doesn’t it?

As a new player you start from scratch and gradually level up to acquire new powers and expand your pack of heroes to have some of the strongest heroes in your pack. As you level up in game, the more exciting perks and quirks open for you which further spark the interest and keenness of the players.

My Hero Academia: The Strongest Hero is primarily concerned with protecting the peace and security of Honei city and its inhabitants. Apart from being on your toes to protect the inhabitants of Honei city by fighting off villains, it is important to focus on your growth as well to ensure that the prosperity of the city increases and so do your levels.

How to Level Up Fast?

Now who doesn’t want to hop on to the bandwagon of maximizing their quirks? Maximizing quirks can be done by leveling up in the game. To be fair, avid gamers are aware of how frustrating it tends to get if the leveling up process is slow. Let’s quickly dive in and discover how to level up fast and quickly get to enjoy some of the best quirks.

Here’s a guide on how to level up fast in My Hero Academia: The Strongest Hero.

Daily quests can be viewed on the map present on the top right corner.

The everyday quest in MHA consists of handy tasks that do not cost any energy. These are small tasks that do not quite offer a lot of experience for your agency but do aid in boosting up the level even if it’s a little bit.

The bonus however remains an instant energy boost without any expense of energy. Hence, daily quests should be accomplished on a priority basis.

Daily targets are the goals you have to conquer on a daily basis in MHA. A lot of these targets are passively achieved as our progress through the story, the rest need to be checked and achieved actively. Achieving your daily targets gets you XP that are essential to level up in the game.

Progressing as far as possible on the storyboard is also an excellent way to level up and accomplish more and more.

The participation in Night Ops only becomes available after reaching a certain level. However, once you get the hang of it, night ops can be used to level up your agency at an accelerated pace.

Night ops not only help in leveling up but also aid in acquiring increased chips that boost both progress and performance.

Doing a solo supply run every single day on the highest possible difficulty can aid considerably in leveling up your agency of heroes by boosting supplies including food, credit and gear while you wait for the next possible mission and otherwise.

It refers to the joint operations undertaken by a small team of heroes at least once a day. It is characterized by a set of rather tough challenges that need to be tackled as a team. The more complex the challenges, the higher the rewards tend to be.

Although joint operations can be undertaken only once daily, these help in order to level up to unlock higher stages and higher rewards.

In MHA, you can undertake two emergency operations, one which you can launch and the other you can assist. Use your best character to complete the emergency incident and get XP to level up quickly.

The limited battles that allow you to collect hero shards for your characters are referred to as hero trials.

These can be undertaken twice a day and cost about 25 energy points. However, owing to the unparalleled XP boost they tend to offer makes them totally worth it.

My Hero Academia: The Strongest Hero as a game tends to get more and more thrilling as the agency of heroes levels up. Leveling up at a faster pace allows players to experience the higher quirks and rewards quickly. This allows them to navigate through the game and quickly reach higher stages.