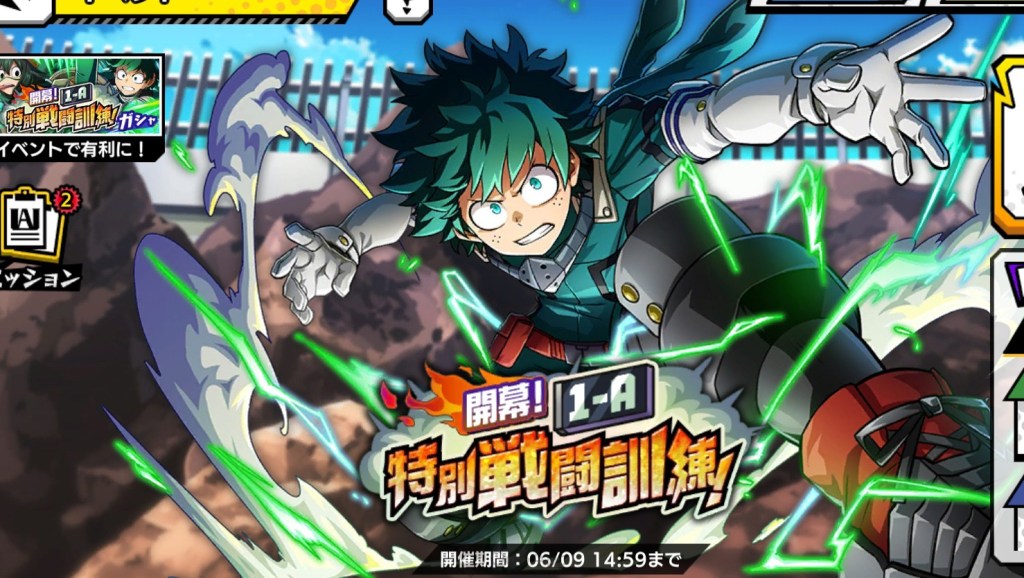 My Hero Academia The Strongest Hero is an action-packed role-playing game. The game was developed by Xin Yuan Studio and it was published by KOMOE Game Corporation. The game was released in 2020. The release year was the same but the releasing dates were different for different regions of the world.

In this game, you will experience the city of Honei. There are many of its heroes and heroes in training. You must take a walk through the streets, greet the people around, and fight villains threatening the safety of the world.

You can also collect your favorite characters from MHA and a squad can be created to take on patrol. Train them, upgrade them, equip them, even feed them, and try to reach the top of the Hero Rankings. Choosing the right squad for the adventure is always a sensitive task.

In this article, you will see different character types and a tier list that will help you understand the characters and choose them for your ultimate squad.

Characters and their Types in MHA The Strongest Hero:

The characters in My Hero Academia the Strongest Hero are divided into two categories which are:

Both types of characters have their heroes and villains. All of them are divided into different tiers according to their characteristics.

Some of the heroes falling the playable characters of the game are:

Apart from these playable heroes, there are many other heroes available in the game.

The playable villains present in the game are:

Non-playable characters also have heroes and villains among them. Some of the heroes that fall in the non-playable category are:

Villains of the non-playable category are:

These were some of the villains from the non-playable characters.

As we know, not every character is equally good. Each has its pros and cons.

You may be interested in: My Hero Academia: The Strongest Hero Beginner Guide

The following is a tier list and some of the best characters from each tier.

The best heroes can be found in this tier, as the game’s name suggests. You wouldn’t want to keep Momo off your squad because she has both the looks and the skills. All Might’s name precedes him, so it’s no surprise that he’s one of the game’s strongest heroes. It supports the claim that the best characters are found in this tier.

Some of the most prolific characters of this tier are:

The Heroes with whom you will spend the majority of your time, as they are both readily obtainable and capable of performing their duties admirably. The heroes of this tier work well for Heroes in the lower levels, increasing their utility. If you choose a player from this tier, you will do relatively well in the game. They add a great balance to the squad with their ability to make up for a weak member within the team.

Some of the best characters from this tier are:

The four heroes at level B can handle themselves very well, however, they lack some important tools from the heroes at the previous levels. Bakugo, for example, is an outstanding character and can work wonders if he handles himself correctly, however, his abilities are slower, leaving him vulnerable to faster attacks. The same goes for the rest of the gang here, but feel free to invest in any of them as they are solid options if you don’t have a lot of the characters mentioned below.

Characters fall in this tier are:

There are a few average characters also present in the game. Most of them look fun to use but their advantages are minimal. It is better not to use them as few heroes aren’t worth your time. Ojiro may have a tail, which makes him fun to use, but he isn’t particularly useful. Iida has potential as well, but he is a little difficult to maneuver, which makes him something of a waste of time.

The heroes of this tier are:

It is suggested that commonly you should avoid these characters but they can be serviceable depending upon your team composition.

So, these were the tiers in which some of the characters of the game are classified. This can prove to be helpful for the players to choose characters according to their requirements. The developers have announced plans to introduce some new characters. The announced characters are:

Hopefully, it will increase the efficiency level of the game.