League of Legends: Wild Rift is a famous gaming title. It is the mobile version of  the world-acclaimed Multiplayer Online Battle Arena (MOBA) named League of  Legends that is also referred to as LOL.

Since 2009, Riot Games has been providing players with entertaining gaming  experiences through the League of Legends franchise.

This article delves into the basics of the Wild Rift ranks and explains how the  game’s system works.

Need For A Ranking System

LOL provides a great way for players to casually enjoy the game. The ranking  system, however, offers a quantifiable manner for players to demonstrate their  command over the gameplay.

How Many Ranks Does Wild Rift Have?

The first question is how many ranks exist in the game and how are they  arranged in ascending order. So here is a list of all the ranks of Wild Rift:

The title, therefore, has a total of ten different ranks. However, it is also worth  noting that the first six ranks i.e. from Iron to Emerald are further subdivided  into four divisions. 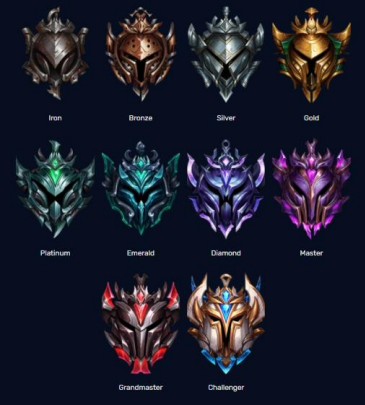 Thus, for instance, if a player wants to progress to the Bronze Rank from Iron,  he will first be required to clear the four divisions of Iron before he can jump up  to Bronze.

When Can Players Participate In Ranked Matches?

Ranked matches are more competitive than casual games because all players  participating in these titles want to improve their rankings and status. 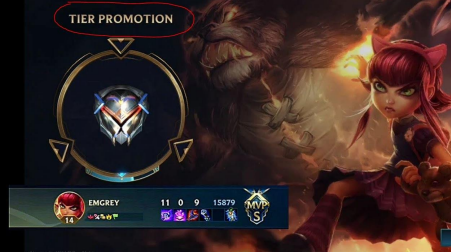 Thus the game developers have devised a unique strategy in which only players  that have reached Level 10 are offered the option to participate in the Ranked  Matches.

Upon starting the Ranked Matches, players are not provided with a rank until  they participate in Placement Matches.

After a player has shown his worth through the Placement Matches, he is only  then provided a rank.

How To Rank Up?

Ranking up in League of Legends Wild Rift is highly systematic and gamers have  to earn Ranked Marks for getting promoted.

What Are Ranked Marks?

Ranked Marks are a type of scoring mechanism that players are awarded  whenever they win a game. However, the unique part is that the Ranked Marks  decrease in value upon losing games.

For proceeding further to the next level, players need to earn a specific pre defined number of Ranked Marks.

Similarly, players are also demoted if they lose Ranked Marks and reach below  a certain predefined limit. 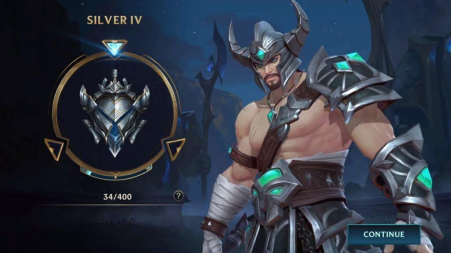 One feature that distinguishes Wild Rift from the PC version of LOL is that players  in ranks lower than Platinum begin the next season where they left off in the  previous one.

Furthermore, upon winning a Placement Match, a total of 2 Ranked Marks are  awarded to gamers.

This system has been implemented to allow players to begin their Ranked  Matches as soon as possible.

Requirements Of Ranked Marks Per Division

The requirements of Ranked Marks required to clear a division vary from one rank to another. This makesthe gameplay more entertaining and competitive as  players progress through the levels.

Here is the detail of Ranked Marks required to clear each division:

As mentioned earlier, players need to clear the divisions of each rank before  being promoted to the next rank.

A unique way however to reach the next rank without going through the  divisions is by the means of Promotion Series. 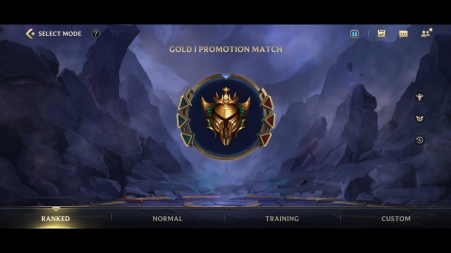 During the Promotion Series, if a player maintains an extremely high number of  overall wins, only then he is considered eligible for being promoted to the next  rank bypassing the divisions.

How To Succeed In Promotion Series?

It is critical to understand the winning criteria in the Promotion Series because  only by meeting these requirements can players achieve success.

For Iron & Bronze ranks, players are promoted to the next rank if they win 2  games. However, if they lose 3 games, they stay at their existing ranks.

For Silver, Gold, Platinum, Emerald and Diamond ranks, players need to win 3  games for being promoted to the next rank. In case they lose 3 games, they  retain their current rank.

The Promotion Series is not valid for the Master, Grand Master & Challenger  ranks.

If a player is promoted to the next rank through the Promotion Series, he is given  1 Ranked Mark and protection from being demoted to the previous rank.

Players that lose the Promotion Series are not demoted but lose 2 Ranked  Marks.

So, the Promotion Series overall offers a great opportunity to players looking for  a way to quickly jump up to the next rank.

The best part is that, aside from the two Ranked Marks, players don’t lose much  even if they lose the majority of their Promotion Series games.

As you might have noticed earlier, the Ranked Marks are only valid for ranks  from Iron to Emerald. For ranks beyond this, Victory Points take the place of  Ranked Marks.

So if a player wants to move up a division in the Diamond rank, he needs to earn  100 Victory Points.

This strategy has been devised by the game developers to ensure that the top  tier players belonging to ranks above Diamond actively participate in the  gameplay to make the overall experience more engaging and competitive.

Victory Points Are Dependent Upon Performance

Another difference between Ranked Marks and Victory Points is that the latter  are awarded based upon the player’s performance within the gameplay.

The maximum number of Victory Points is seven and players need to maintain a  figure of more than 1 otherwise the total number is reset to zero.

Players are shown the total number of gamers they have crossed to reach their  current position in the Diamond Rank.

Whereas in the Grand Master and Challenger mode, the actual rank of the player  is displayed making the gameplay even more engaging. 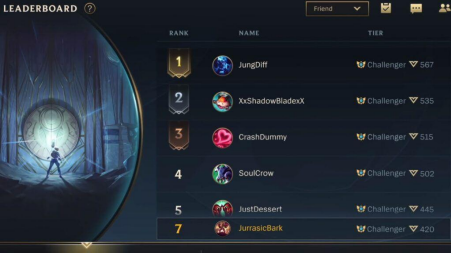 What Is Ranked Fortitude?

Ranked Fortitude is the reward system that is used by Wild Rift in the ranks  between Iron and Emerald.

Ranked Fortitude increases when a player performs well and the overall number  possessed by the player is shown in a numerical form with a bar.

There are three main ways of earning Ranked Fortitude, which include:

∙ Continue playing even after the teammate goes AFK.

What Is The Maximum Ranked Fortitude Per Rank?

The maximum Ranked Fortitude allowed per rank is as follows:

When a player fails to perform well, the game deducts points from their score.  The entire gameplay is transformed into a highly engaging experience as a result  of this.

Once the bar is halfway filled, players are eligible for perks and benefits. At this  point, the Loss Protection feature is also enabled meaning that players will no  longer lose Ranked Marks, but will instead have their Ranked Fortitude  deducted upon poor performance.

One significant advantage of this is that players are not demoted to the previous  rank even if they are unable to perform well for a few games.

What Happens When The Ranked Fortitude Is Filled?

When the Ranked Fortitude bar is completely filled, players are provided with  an additional benefit that two Ranked Marks are provided per win so they can  rank up quickly.

This is one of the features that contributed significantly to giving the League of  Legends Wild Rift more than 3 million downloads in a single day.

It is worth noting that the game currently has a few restrictions as to what  players can do or which characters they can choose.

One such example is that the game does not allow two players of a team to have  the same characters.

Another restriction with Ranked Matches is that players can only play with  gamers one rank above or below their own, ensuring that all players have a  competitive experience.

That is, if your rank is Gold, you can only participate in Ranked Matches with  other gamers who belong to Silver or Platinum ranks.

In the absence of such restrictions, novice players would have been annihilated  by senior-level gamers, while more experienced players would have had no fun  playing against gamers who provided them with no competition or a difficult  time at all.

Unlike other formats of gameplay, players can queue for Ranked Matches with  one, two or even five players.

The Wild Rift: Ranks system is incredibly intricate and has been created with the  overall competitive nature of the title in mind.

All players in the Ranked Matches believe that the game developers and  publishers have gone to great lengths to make the title as immersive as possible.

This is why League of Legends: Wild Rift, following the footsteps of the PC  version of the title, is one of the class-leading MOBA adventures available to  players.